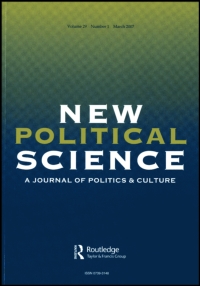 As a research associate with the Center for Immigration Studies, I worked with immigrant-based community organizations in Queens, NY to investigate experiences and perspectives of NYC’s participatory budgeting process. Focus groups with organization members undergirded the creation and analysis of a survey that was disseminated through community organizations. The work was published in a two collections – one, a special issue on the state of participatory budgeting in Queens, alongside pieces from the Participatory Budgeting Project (PBP) and the Urban Justice Center, and a second, a book titled “Immigrant Crossroads: Globalization, Incorporation, and Placemaking in Queens.”

Below is the abstract for the former.

Participatory Budgeting (PB) is a welcome experiment in participatory democracy in New York City (NYC), one that could produce greater civic engagement of traditionally marginalized groups and more equitable resource distribution. By engaging immigrants, PB aims to affirm and elevate their voices, help develop their civic capacities, and promote their political participation and community empowerment. During the past four years, participation by immigrants (foreign-born residents) in New York City’s PB process (PBNYC) has steadily increased, growing from nineteen to twenty-eight percent of all PB voters. Yet, immigrant participation lags compared to their numbers, with great variation among PB districts. Using a mixed methods approach that incorporates surveys of and interviews with immigrant community members, staff at immigrant serving community-based organizations, and City Council staff, this article aims to parse out the logistical and affective barriers to participation immigrants face in PB districts and how PBNYC’s design attempts to circumvent said barriers and facilitate participation. Ultimately, our study reveals a complex mix of promising practices and structural constraints involved in working toward PB’s “inclusive” and “equitable” aims.