Kristen Hackett is an activist, scholar, and educator working towards decolonized, anti-racist, and just urban futures in New York City. She is an executive committee member of the Justice For All Coalition (JFAC), a volunteer-based community group comprised of neighbors advocating and organizing around just futures for all in western Queens. Our roots, base and leadership are in the local public housing communities.

Kristen is also a member of the City University of New York (CUNY) community where she is a student, fellow, and adjunct. As a PhD Candidate in the environmental psychology program at The Graduate Center, her dissertation is a feminist activist ethnography that centers the perspectives and experiences of fellow JFAC members and other neighbors to recalibrate time and history in Western Queens. The goal is to reimagine the region’s past and future in ways that re-situate the present city-led discussions of development in the area and illuminate alternative, just pathways forward. As a GC Digital Fellow with the GC Digital Initiatives, Kristen is involved in critically engaging and supporting the use of digital tools and methods in scholarship and research. Her specific interests are in using digital tools and methods for sharing scholarship and research publicly and toward social justice ends. She pursues similar interests through her co-coordinator role with OpenCUNY, a WordPress-based platform created by and for students at her university.

Previously, Kristen has taught psychology courses at John Jay College (CUNY) and The New School and urban studies courses at Queens College (CUNY). She has also held other leadership positions, including the Chair and Chair-elect of the Graduate Student Committee of the Society for the Psychological Study of Social Issues (SPSSI), program representative and at-large representative for the Doctoral and Graduate Students’ Council (DSC) at The Graduate Center and member of the executive committee of the doctoral program in which she is pursuing her degree.

Additionally, Kristen has published in relation to past research  – in Housing Studies on community land trusts, carried out with Dr. Susan Saegert and the Housing Environments Research Group (HERG) and in New Political Science on participatory budgeting in Queens with Dr. Ron Hayduk (a book chapter is also forthcoming). She also published a short piece arguing for community understandings of displacement in Shelterforce and multiple op-eds on housing and development in New York and western Queens in City Limits. These are in addition to multiple reports and statements Kristen has written in her role with JFAC. The diversity of her writings speaks to her commitment to writing for multiple audiences and publics. United We Transform, Divided We Reproduce 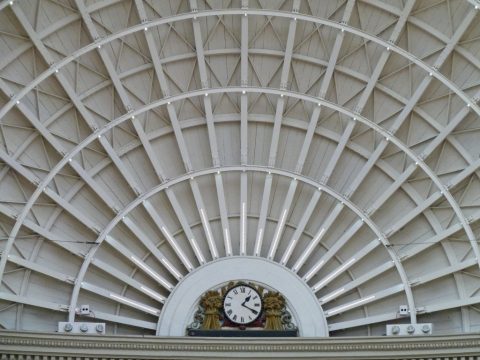 Awarded TLC Grant for ‘Walking in My Shoes’ Project