Resident-Led Report on RAD in the Rockaways | What is Rental Assistance Demonstration (RAD)? 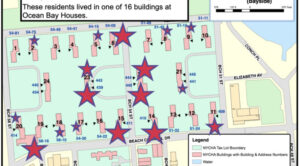 NYCHA Neighbors Helping Neighbors (NNHN) is a group of neighbors who live in one of the 5 remaining public housing developments in Rockaway, Queens, NYC. Their goal is to uplift, encourage and inspire one another to be involved in housing and civic matters so that we may better advocate for our rights and wellbeing.

From November 2021 to January 2022, NNHN carried out a survey of their neighbors at Ocean Bay Houses, the first public housing development in NYC to undergo RAD conversion an Obama-era federal program that introduces riskier financing and relies private partners for management, repairs and social services. This program was introduced in response to the disinvestment in public housing over the last three decades, resulting in increasingly severe disrepair and deterioration in some buildings and units. RAD was supposed to be an answer for tenants, but evidence from legal advocates like the National Housing Law Project and Human Rights Watch has demonstrated that RAD leads to a rolling back of tenant protections and rights. In the worst cases, this has resulted in high rates of evictions. This was the case at Ocean Bay Houses where a joint inquiry by City Limits and the Anti-Eviction Displacement Project found that in the year and half after conversion there were 80 evictions, which was not only a drastic increase for that one development, but was more than 2 times higher than the highest eviction rate of any public housing development in NYC. This finding prompted no response from any public officials.

This was particularly alarming to members of NNHN when in January 2021 they learned that NYCHA wanted to fast-track the five remaining public housing developments in Far Rockaway. This is when NNHN really started to formulate its plan for the study and initial community meetings. Their guiding question was what would RAD really mean for residents? Since elected officials weren’t asking that question, they set out to do that on their own. What they found was alarming, though consistent with prior research. Specifically, the study found that a third of tenants were not satisfied with their overall quality of life and one-third to half found that management was doing a poor job. Smaller percentages of tenants clarified specific concerns about new fees or new risks, increased paperwork, increased rents and yes, increased evictions.

This report details our findings, and contextualizes it within the present moment of disinvestment in public housing and the growing mound of damning evidence. Ultimately, we find that RAD is bad public policy and a failure, and recommend a set of 9 demands policymakers MUST use to take action now. We Demand Our 9. 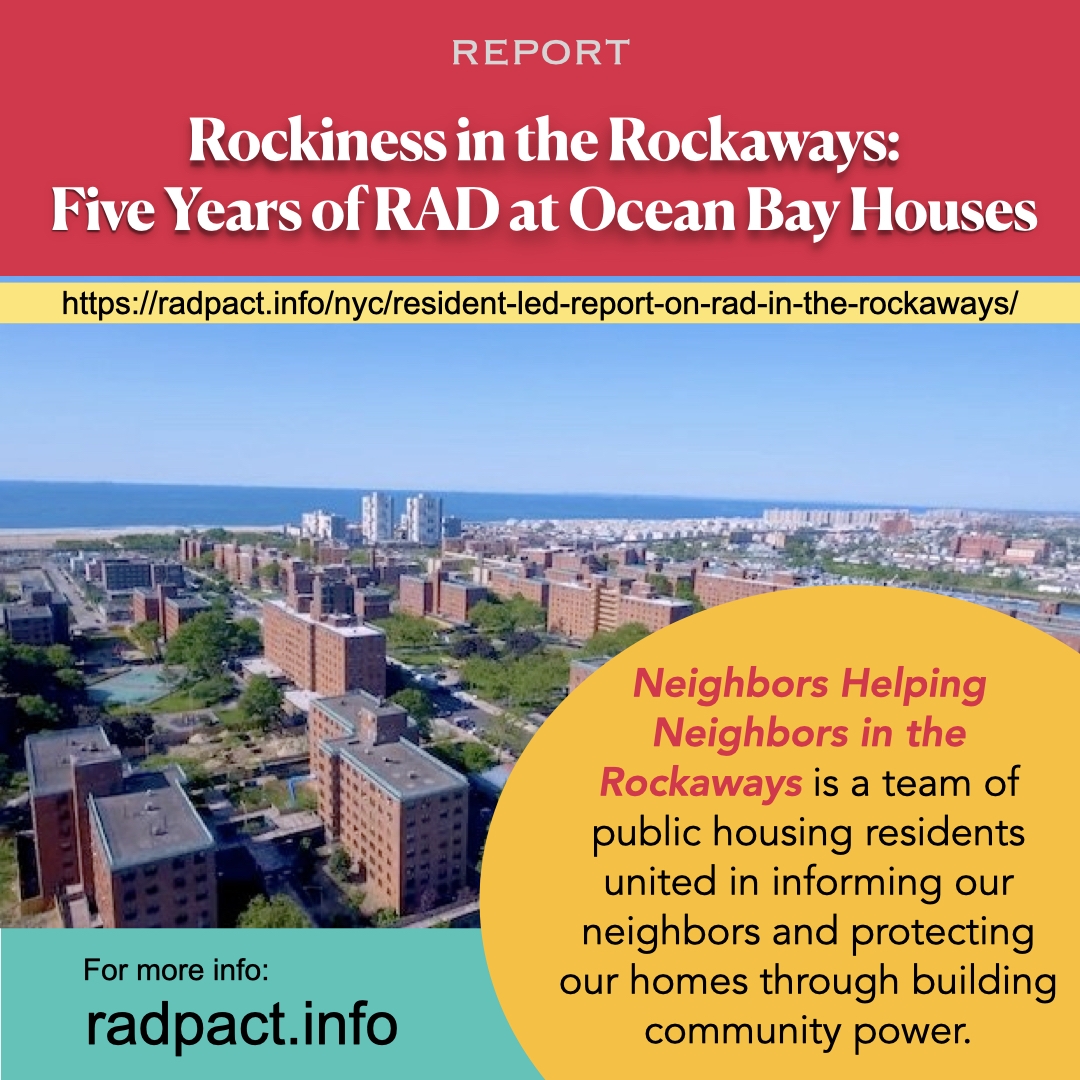 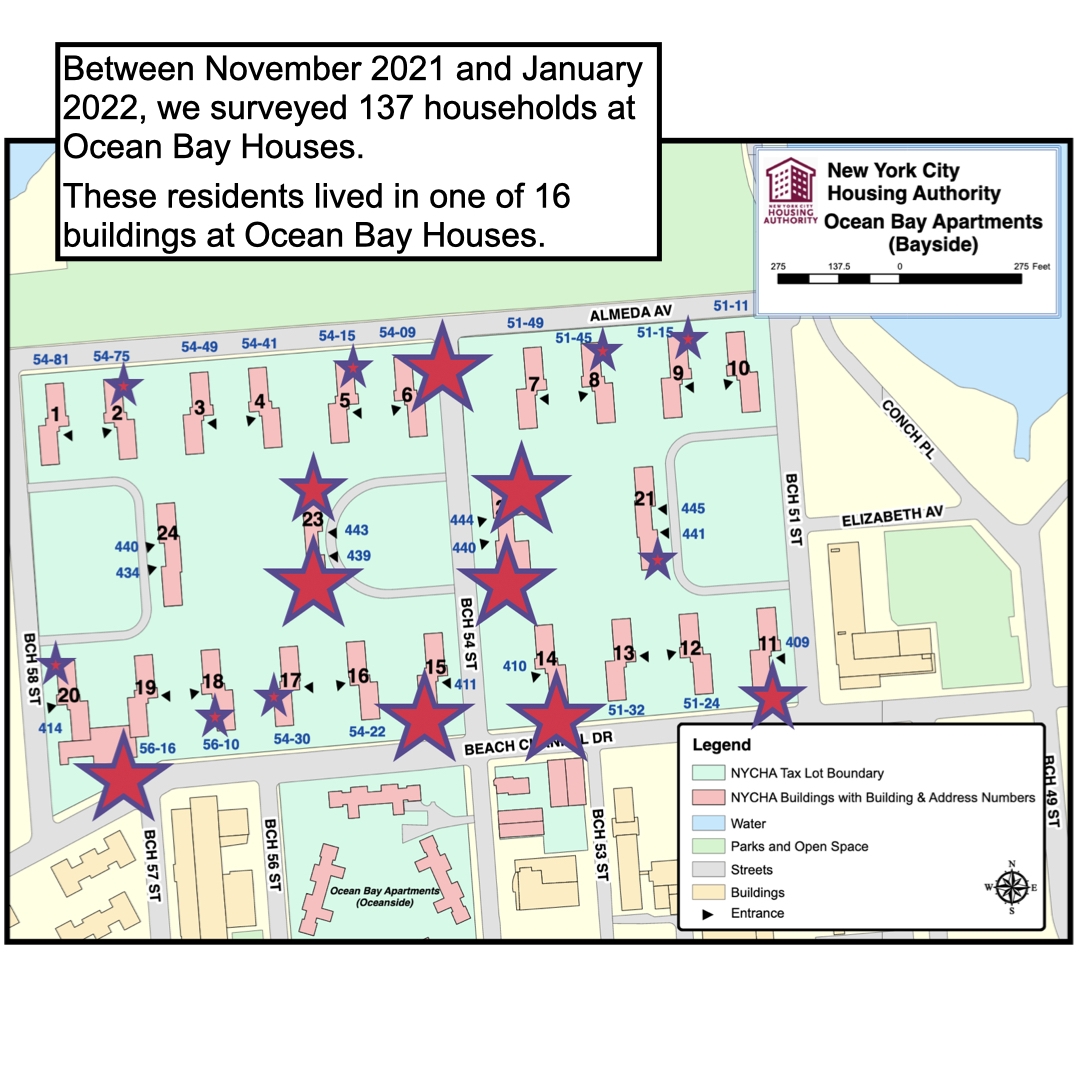 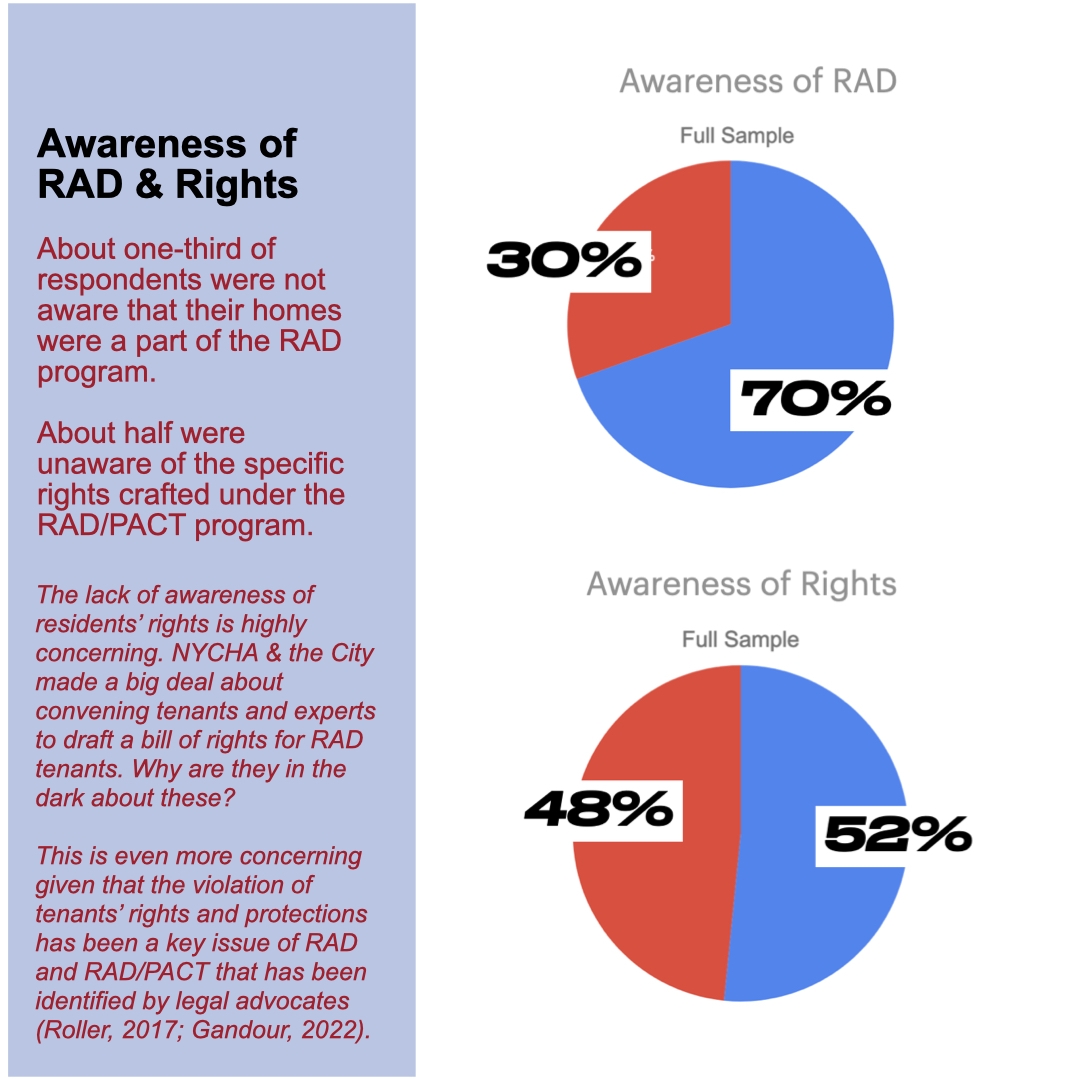 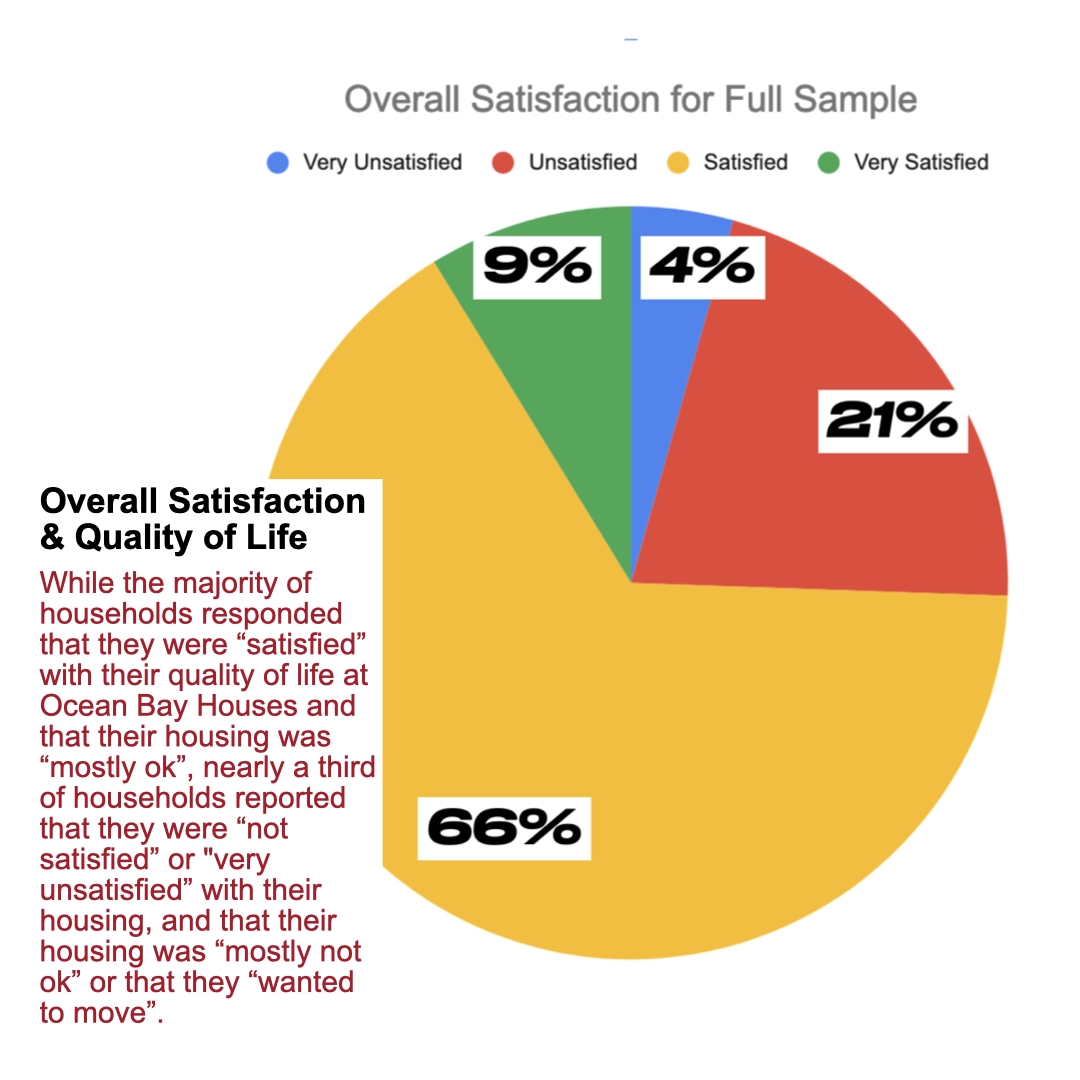 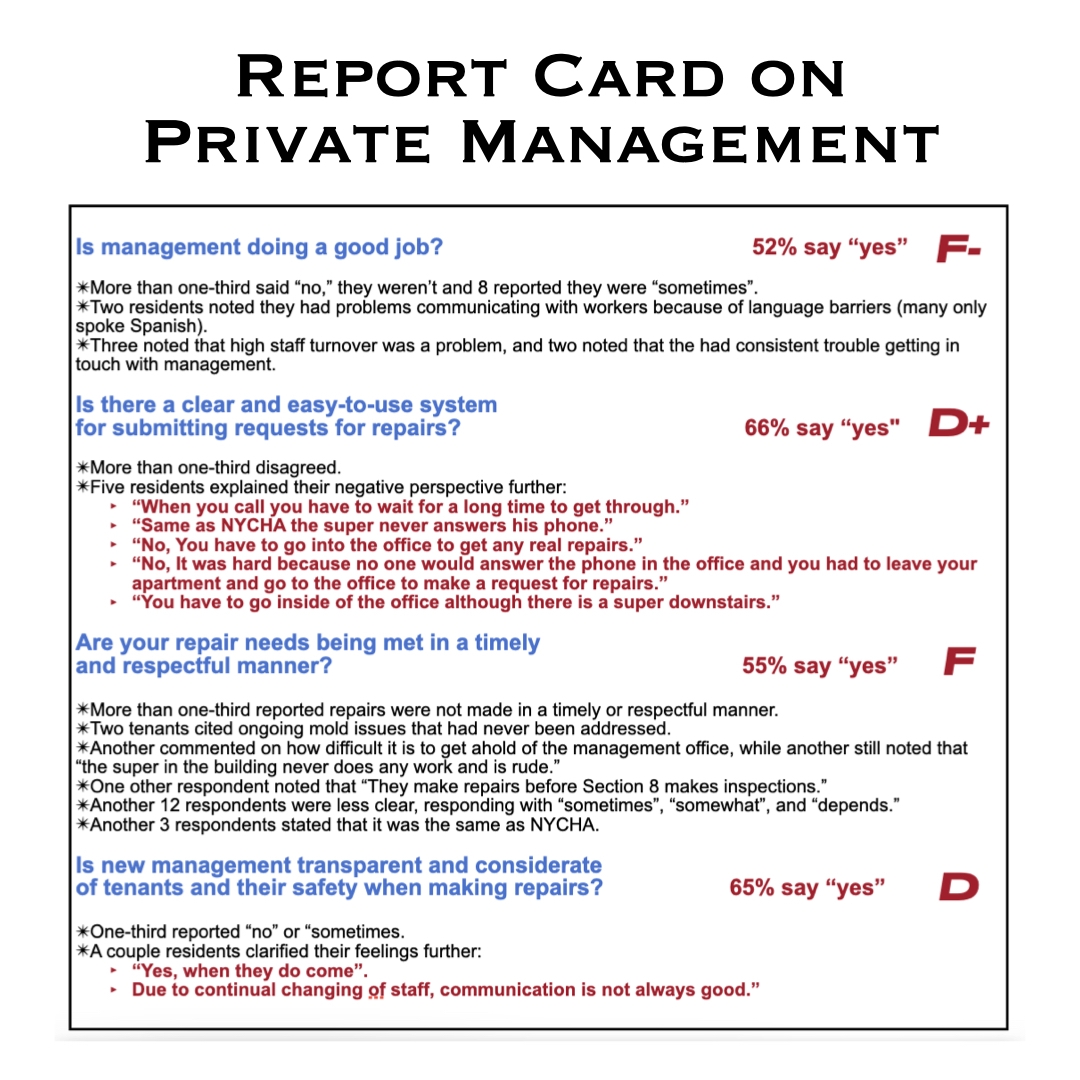 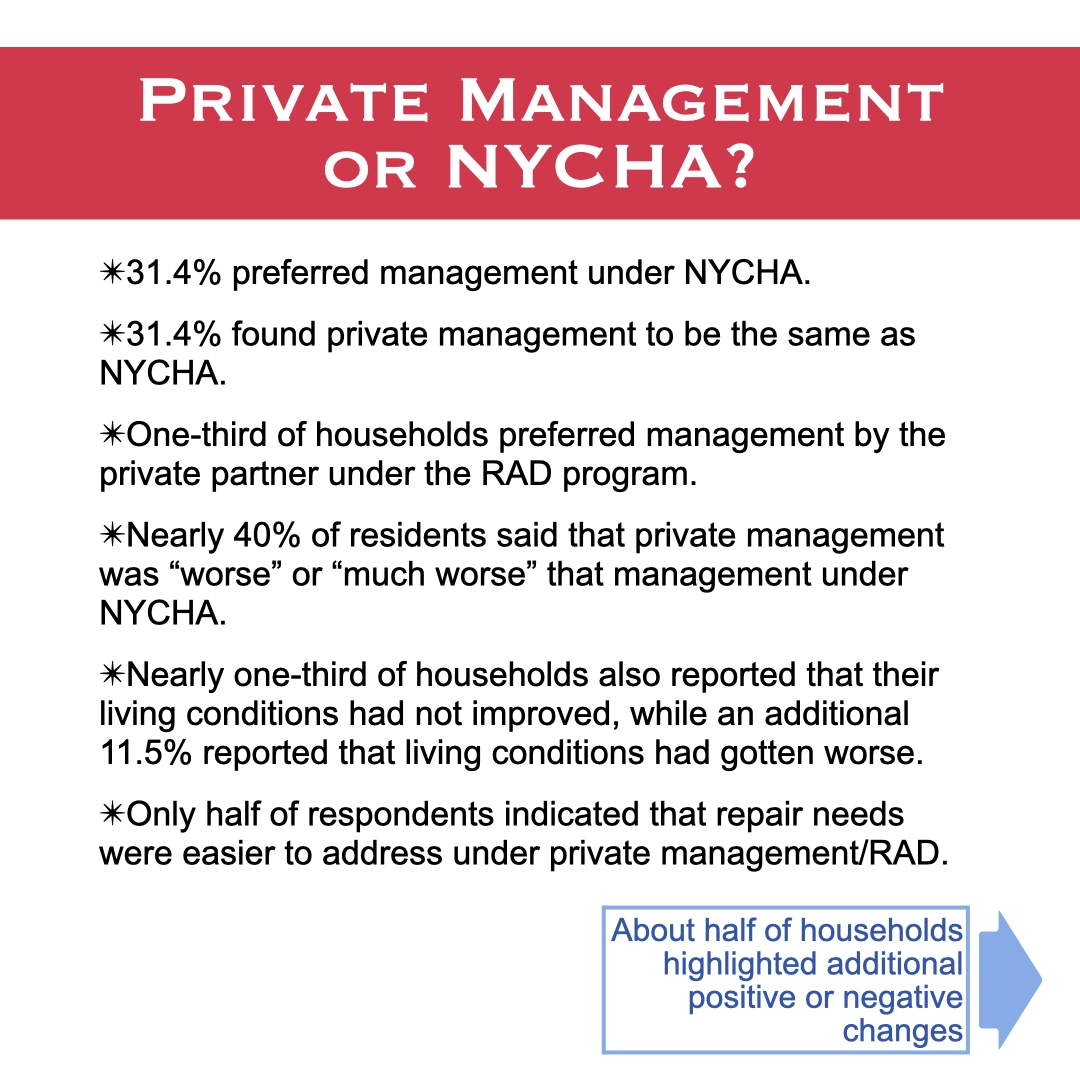 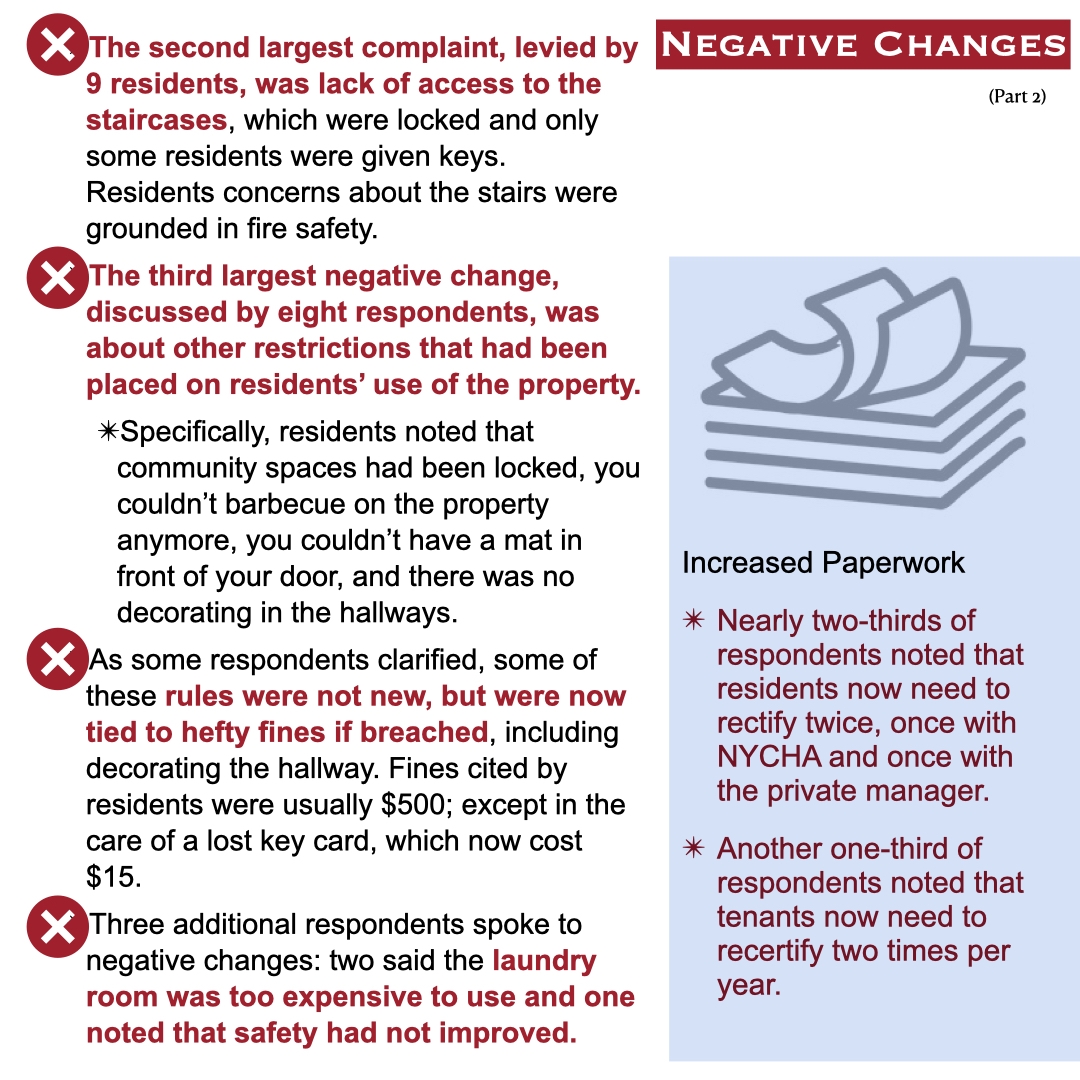 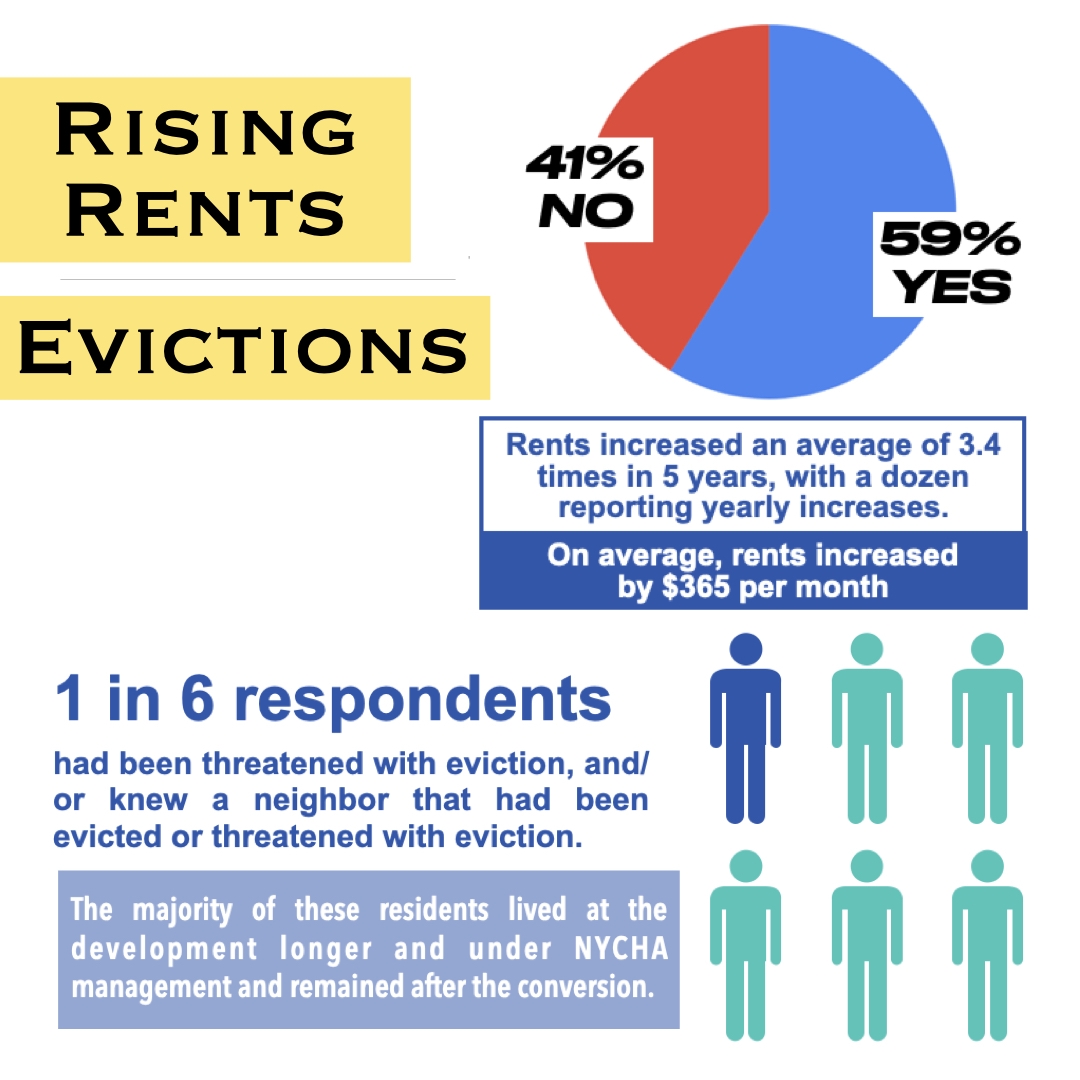 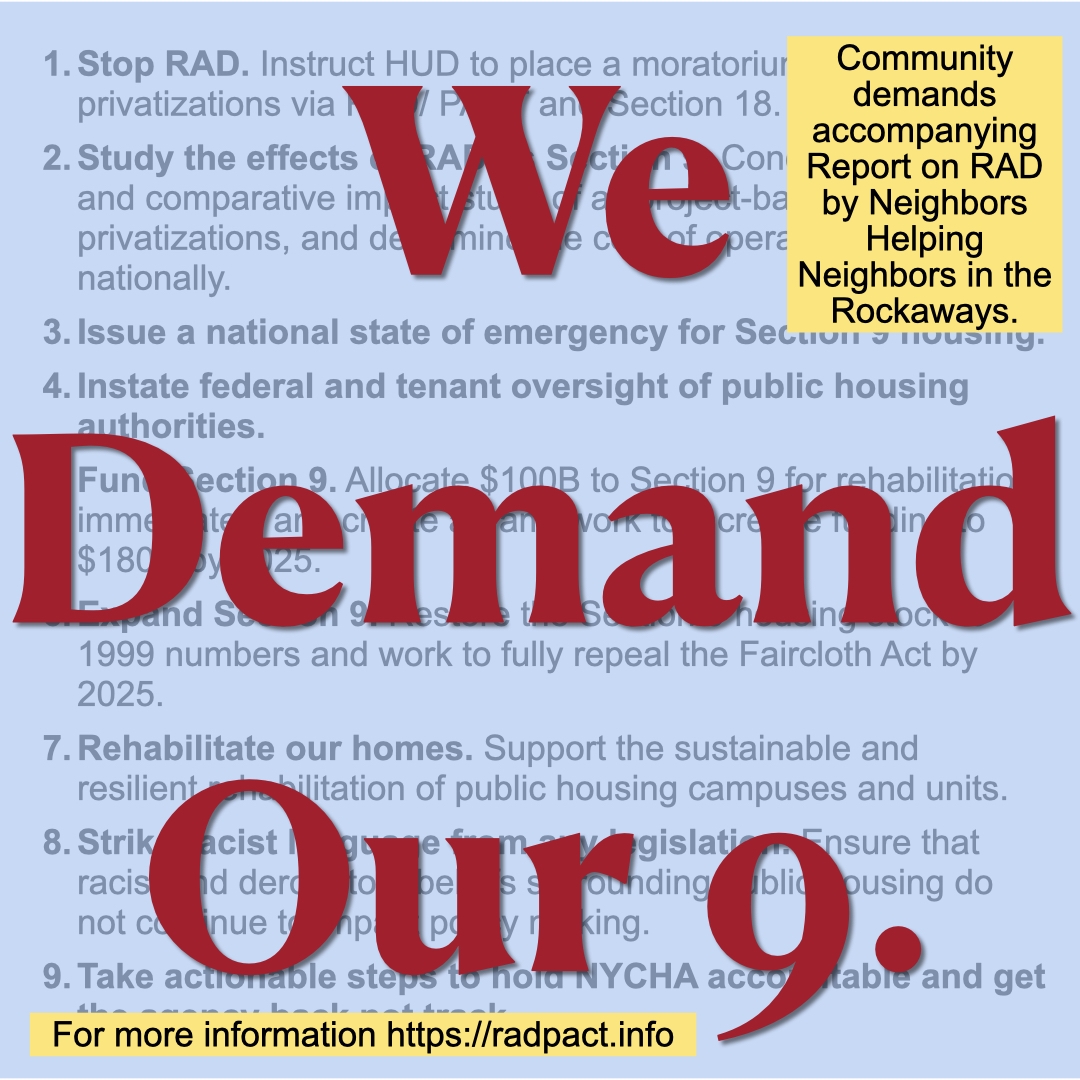 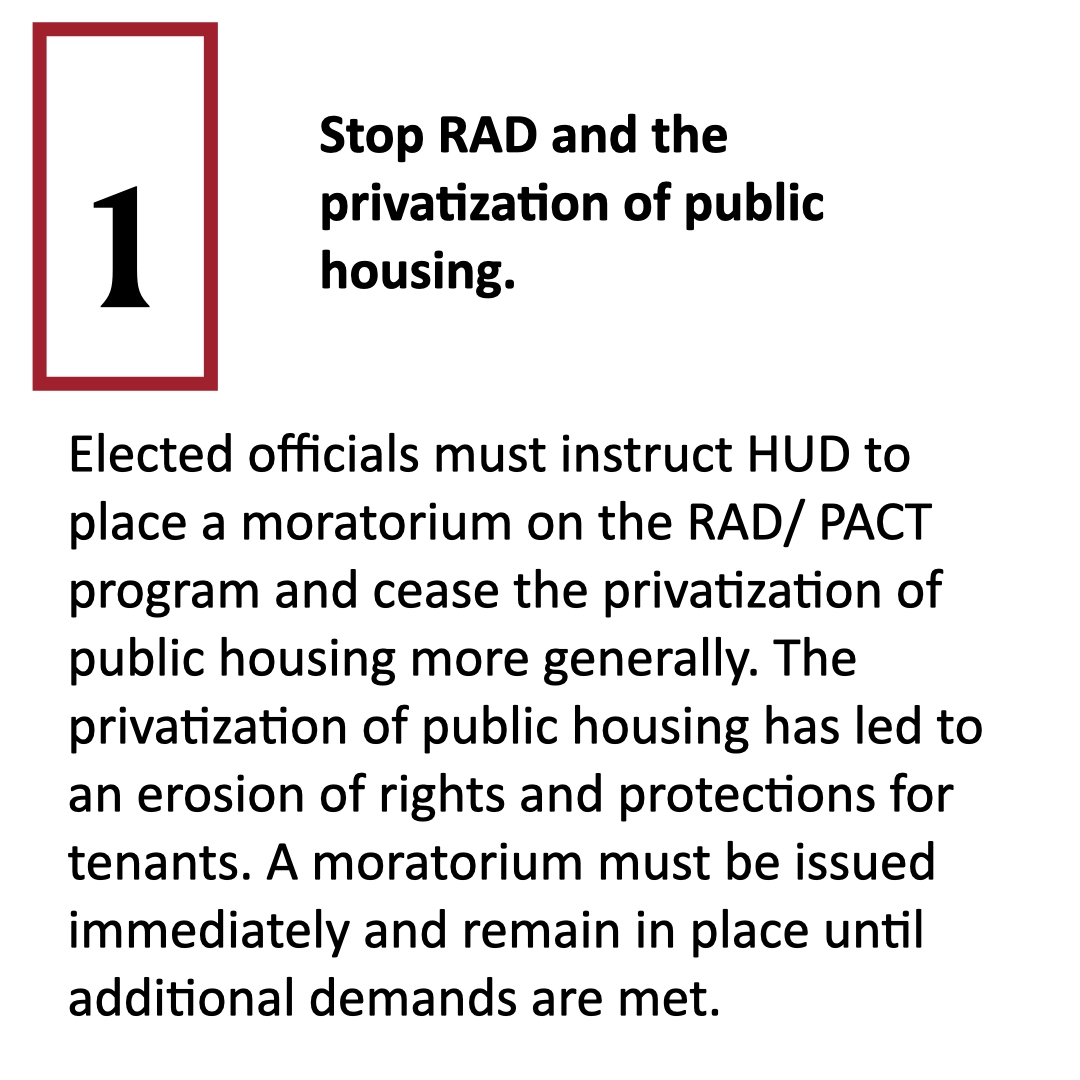 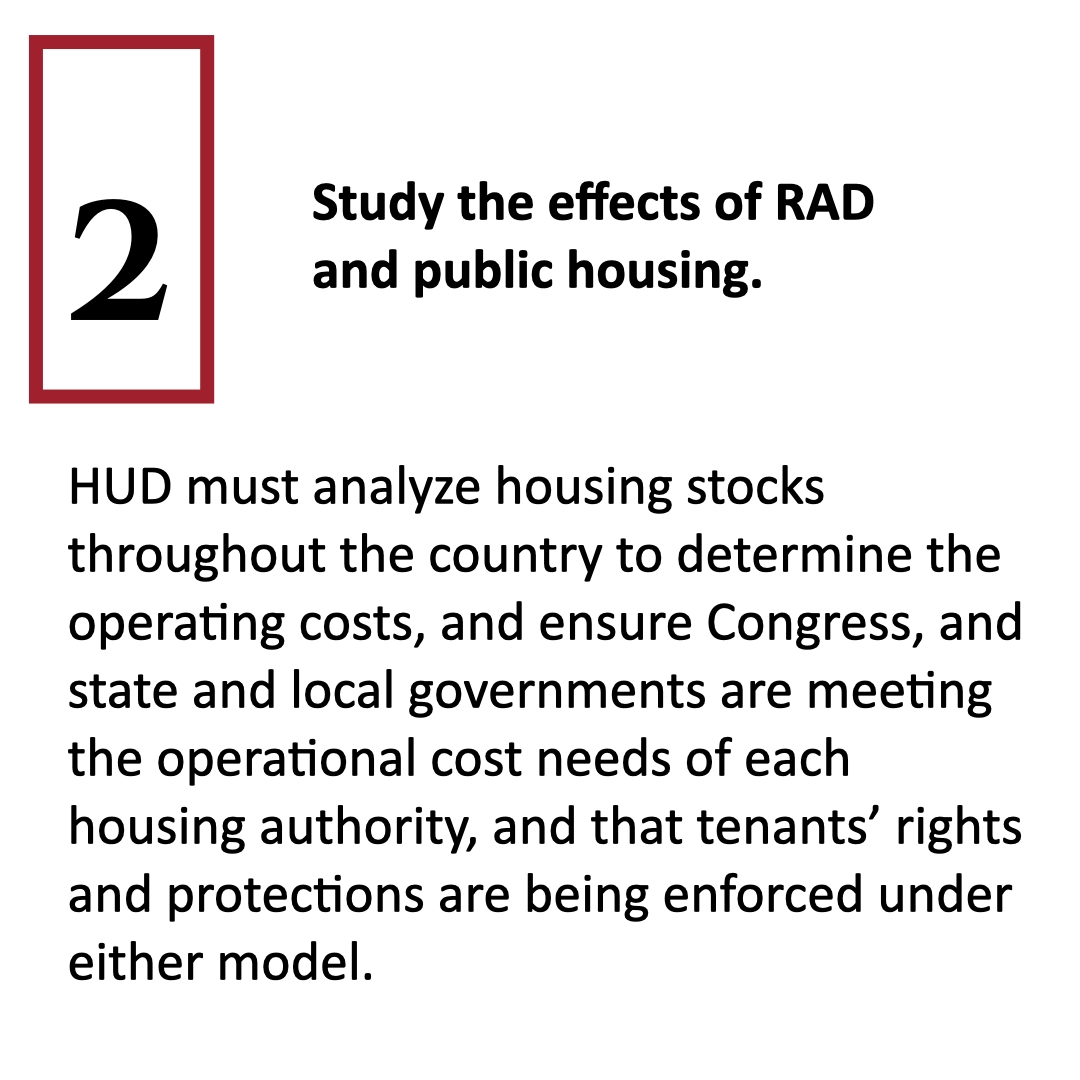 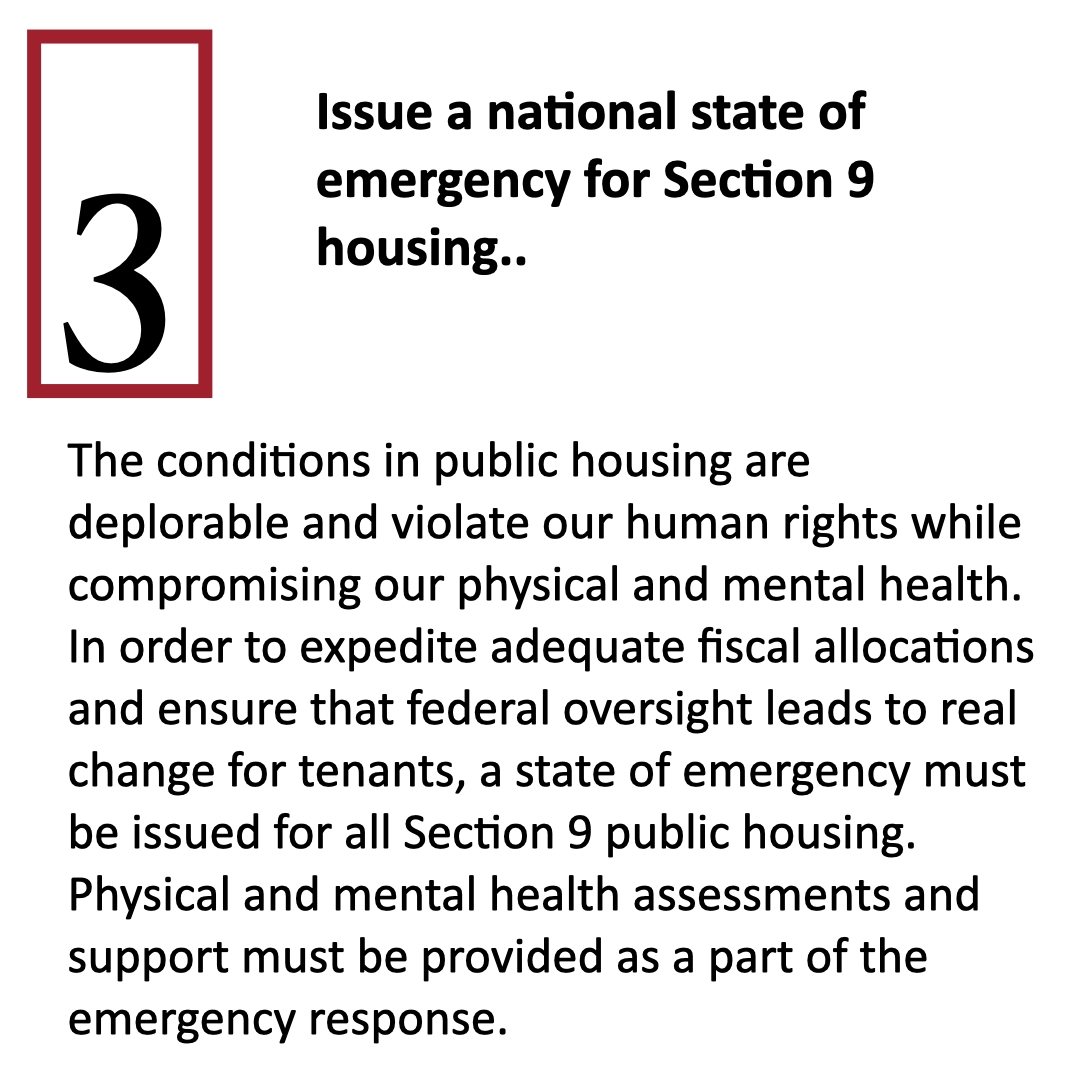 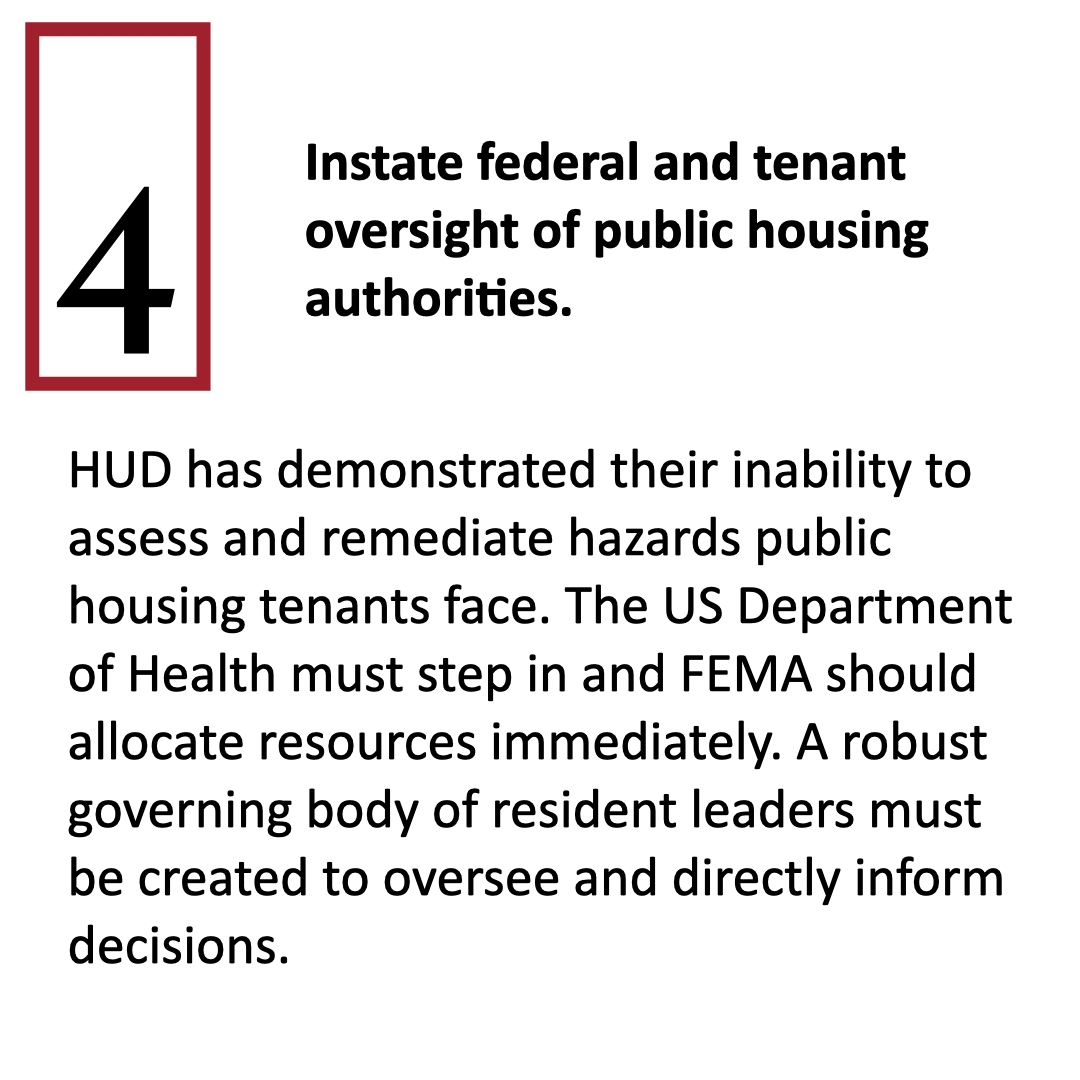 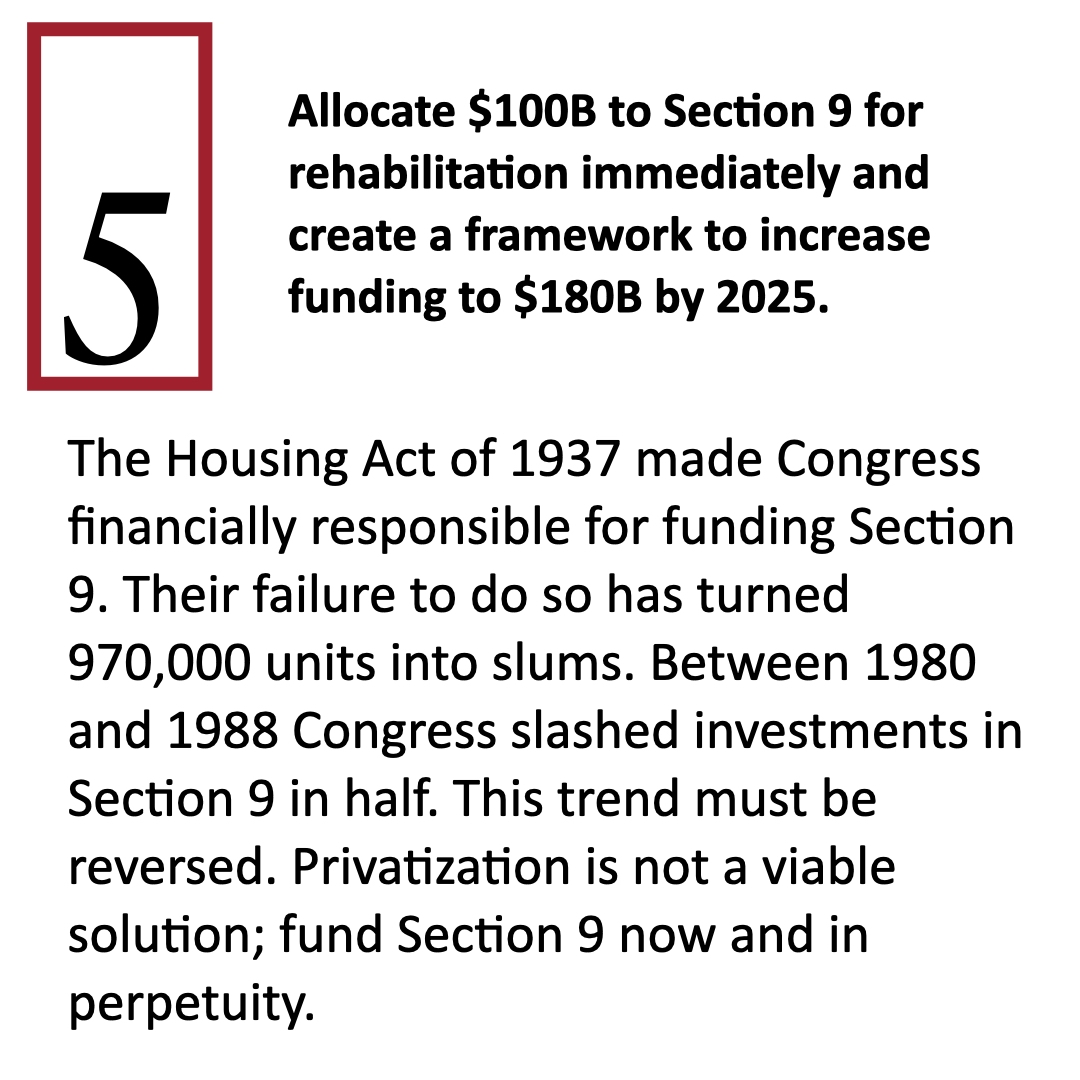 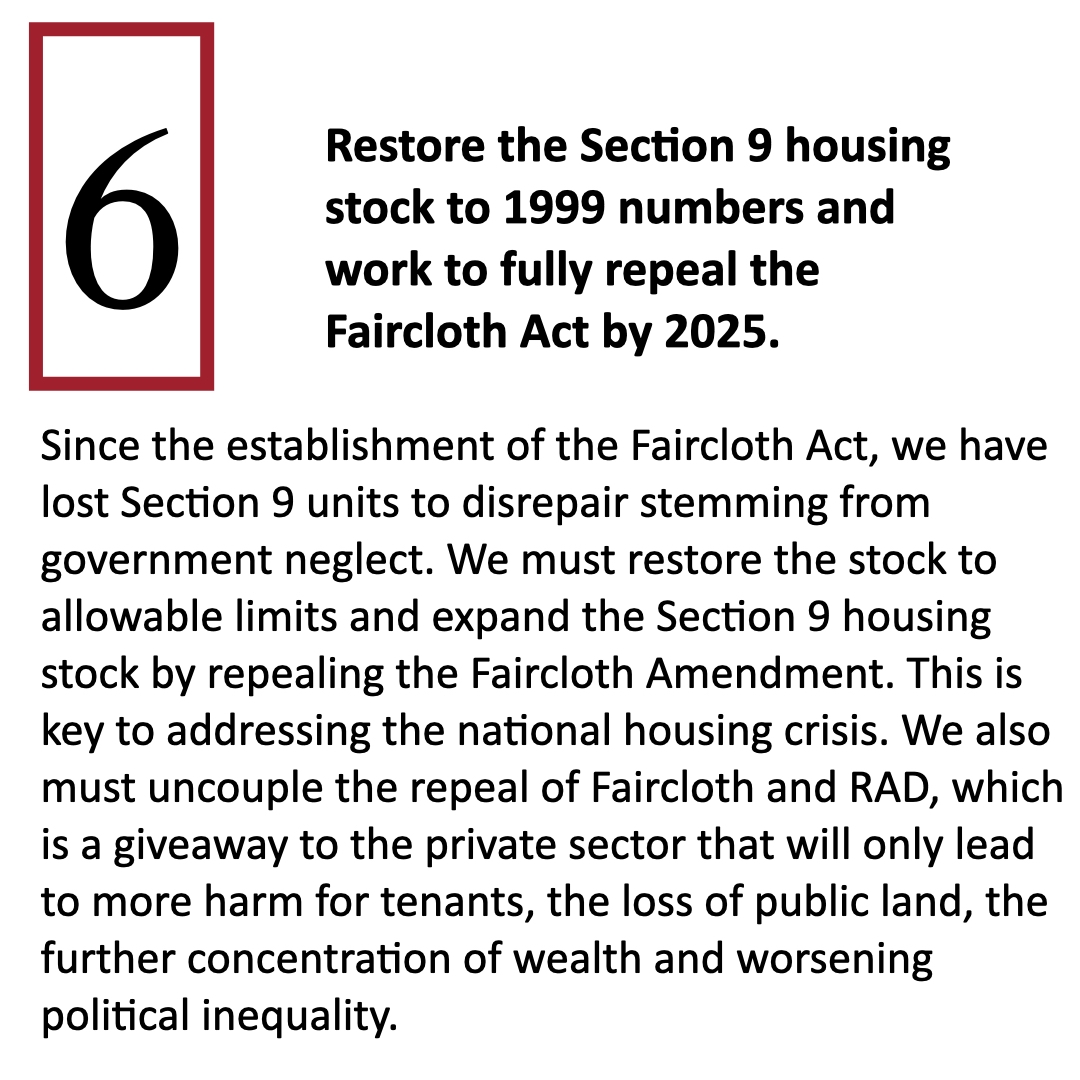 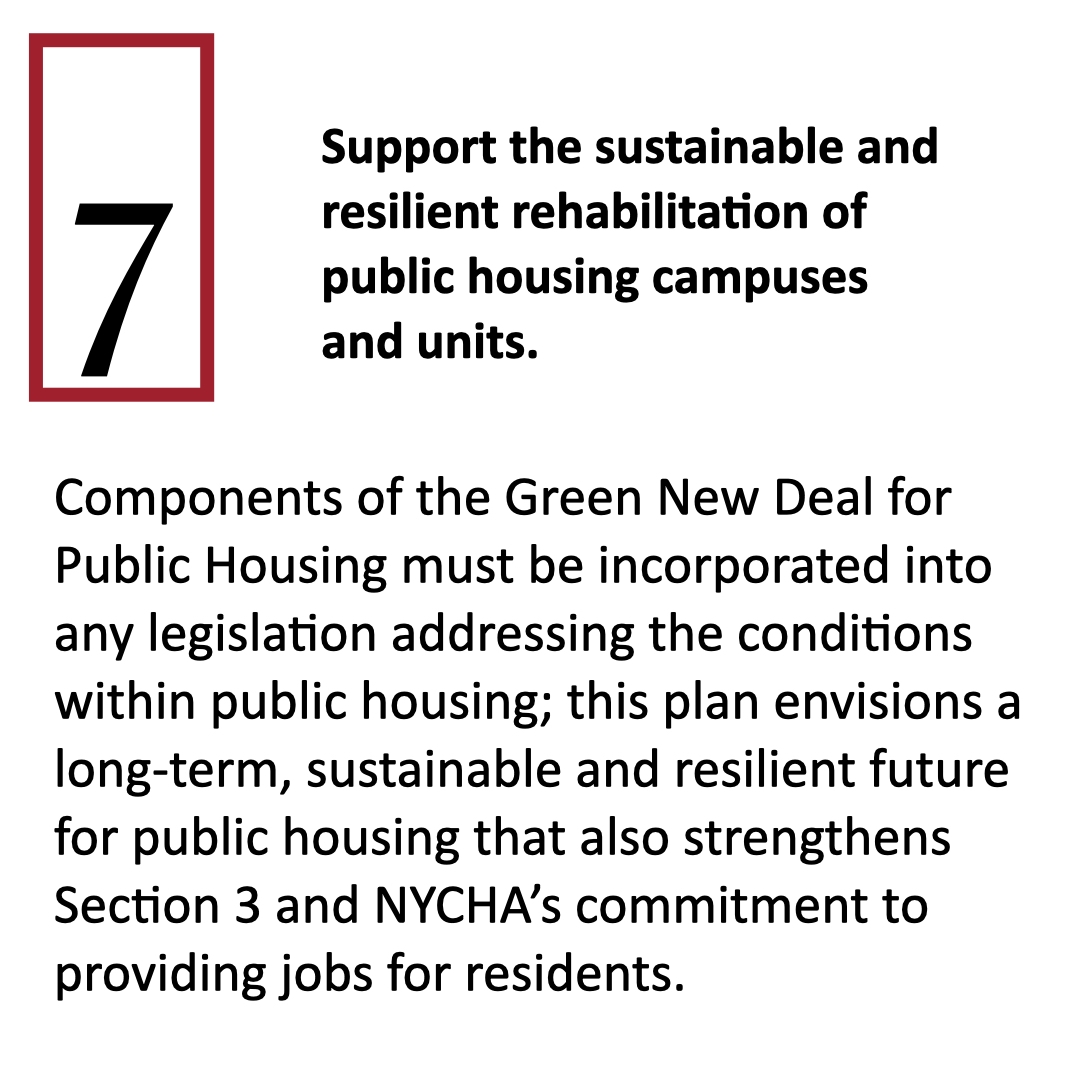 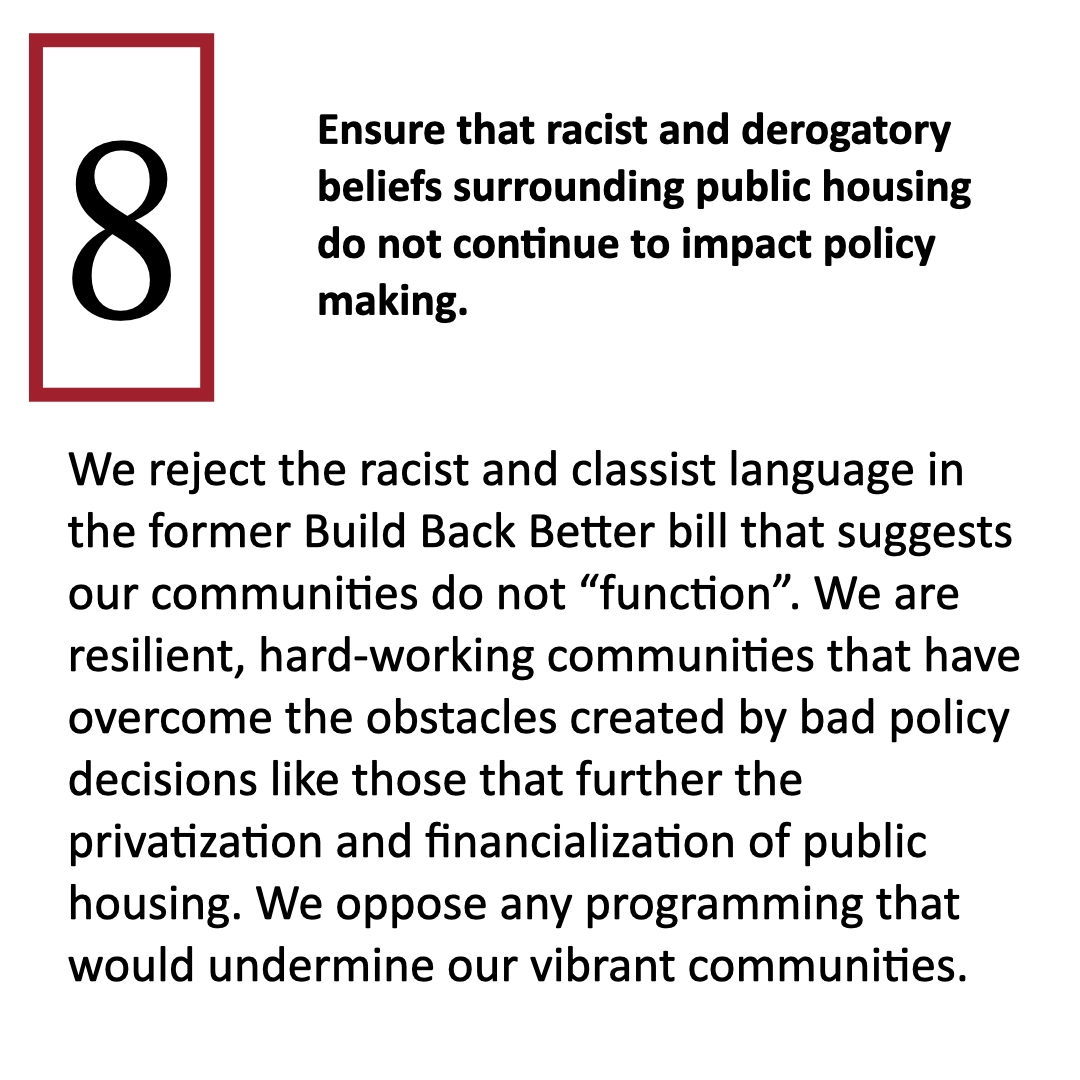 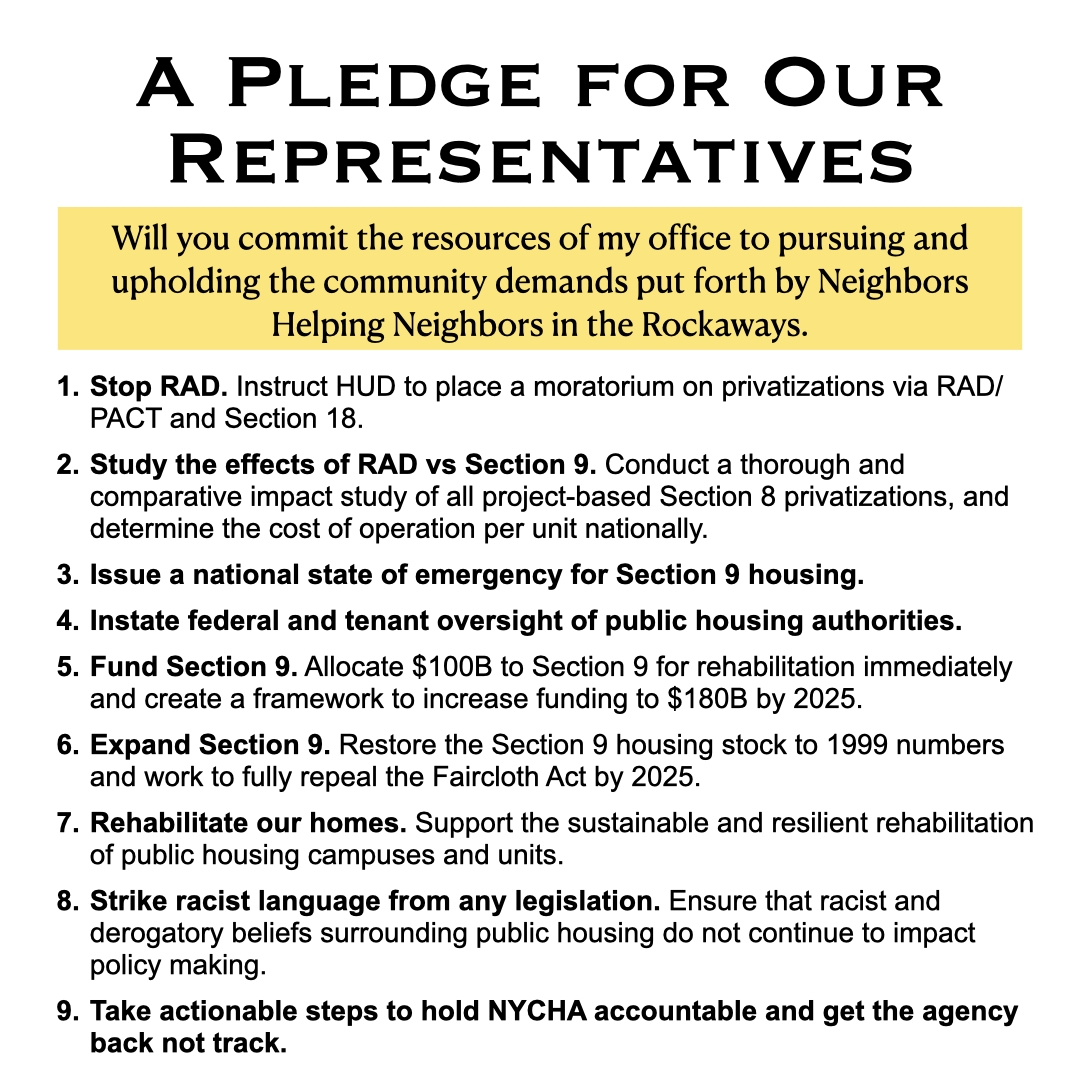